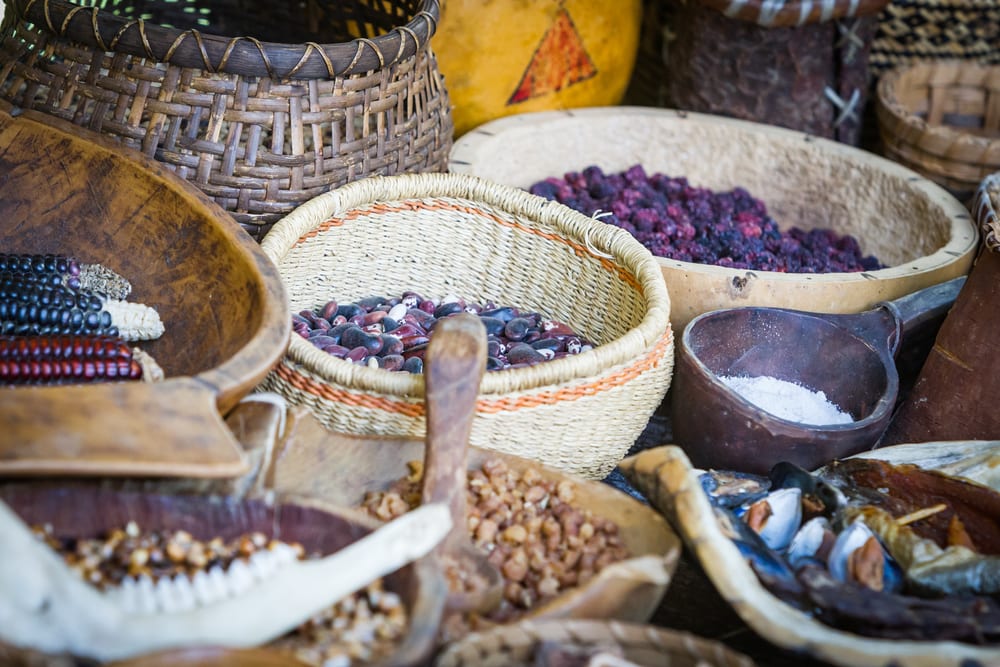 We all know about the typical holiday fare: turkey, potatoes, cranberry sauce, sweet potatoes. A little googling, though, reveals some interesting facts about what the Pilgrims and Wampanoag were most likely to have indulged in on their historical three day feast, which by the way was not actually the first Thanksgiving. Natives had had harvest feasts for many years leading up to this first big shared feast, and Europeans had various versions of autumn feasting as well, some of which were called “Thanksgiving” feasts.

The Wampanoag were likely to have brought to the table not potatoes (because potatoes were actually only grown in South America during this time) but a variety of exotic seafood including lobster and oysters. The English were not huge seafood eaters, sticking largely to fish.

Native foods almost certainly included squash, beans, cornbread and turkey to the table. Maybe even fried green tomatoes! Other seasonal foods may have included native fruits: cranberries, plums, melons. The English could have contributed items such as grain breads, chickens, eggs, cheese, turnips, cabbage, carrots, parsley, sage, rosemary and thyme. There may have been beer, but more likely the only beverage was water.

We’ve gathered up these resources for native recipes, which may be a meaningful and interesting contribution to your holiday table this year!

Washington Post: “How to eat like a Native American this Thanksgiving”
The grape, squash and green pea salad in this looks intriguing!

NPR: “The Native American Side Of The Thanksgiving Menu”
Roasted Maple Brined Turkey Breast With Crab Apple And Cranberry Relish

We are a full-service caterer and party venue in Eastlake, Ohio. From weddings to corporate events, we do it all. We cater both on- and off-site.